Having a vasectomy is an important, and often very tough, decision for any man. Apart from the physical discomfort involved, there is also the finality of not being able to have children. While a vasectomy in Sydney is completely safe and is the most effective and practical method for permanent birth control, many are still weary on the idea of the procedure, which often leads to resistance in undergoing it altogether.

Vasectomy in a group 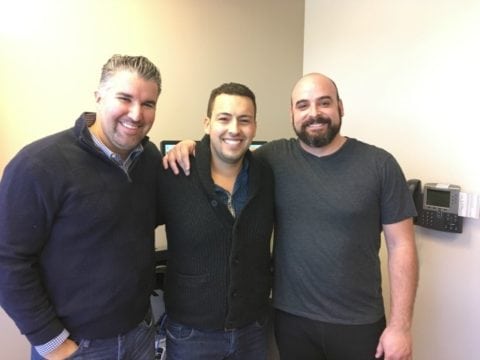 Doctors who conduct vasectomies however, have a recommendation on how to ease into finally getting the procedure done. Based on observations from different practices, apprehension towards undergoing a vasectomy is greatly reduced by being accompanied by at least one more person who will have it done as well. As discussed in a health article published last December 20, 2013 in NBC News:

It may be the ultimate in male bonding: a pact between male friends to bid farewell to their fertility en masse. Turns out having a pal to share the pain of a vasectomy isn’t so unusual, say doctors.

Its unclear how many men across the country go for a group-snip, but Parnell says that up to 20 percent of his vasectomy patients book their appointment with at least one other person. It helps ease the anxiety about the procedure, which involves three injections to the scrotum. “A lot of men can’t stand the thought of having their boys cut on,” says Parnell. “They find it easier if there’s some co-misery. It makes it a little more light-hearted.”

Apart from having people to share the ordeal with, men who choose to undergo a vasectomy at the same time as their friends or family can do research on where to have it done beforehand. With many practices providing the procedure, chances are at least one person from the group knows someone who has already undergone a vasectomy and can ask for a recommendation of where the group can have their individual procedures done.

Practices like Sydney Vasectomy Services are one the most recommended in the country, as the practice has extensive experience in conducting the procedure. With a focus solely on vasectomies, practices as such can be relied on for optimum care and safety, and as a place where male companions can go and undergo the life-changing procedure at the same time.